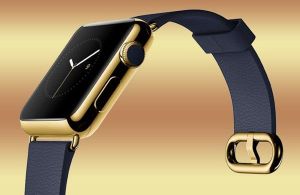 Anyone who has been through an Apple launch before, knows you have to get in line early or be phone-ready when the clock strikes midnight.  Pre-orders started Friday April 10 at 12:01 a.m. (Pacific Standard Time) and true to Apple’s prediction, it was a sell out, not for all models but for the lower-priced editions.  For many, they’ll have to wait until June and in some cases, August.  Those who got their orders placed early will get Watches in May.
Theories abound about Apple’s strategy — did they purposely reduce the number of Watches available to create a “sold-out buzz”, thus hyping the Watch’s popularity? Is it really that much in demand?  Do consumers (Apple fanatics) really crave this new wearable device?  Many of the skeptics and cynics opt for the former — one professor cited “this has always been Apple’s strategy — create a sense of high demand even if there isn’t one.  But it works.”
Apple doesn’t comment on these conjectures, but in March, Apple provided rough estimates — 5-6 million watches (in all editions) would be available at the launch.  Wall Street analysts in Fortune’s review had predictions up to 44 million would be sold in 2015.
Stories abound about how to get around the wait.  There are speculators who will sell you their pre-order on eBay for a $1000 over the cost so you can have your immediate gratification.  And people are snapping them up.  There are high-end, specialty retailers — like Goldgenie.com, who has created a 24k Gold, Rose Gold, or platinum Apple Watch with Swarovsk-style crystals that come with your choice of exotic animal skin straps for the $17,000 variety.  Apple is surely going to string this out as along as the buzz and demand are there.  But what about the Watch?  Is it worth it?  Does it do all of the ‘tricks’ that Apple says it will do.  (See the iimpressive Apple Watch video on www.apple.com)
Reviews project another Apple “hit”
Although there are mixed reviews about the Apple Watch, from the more than 20 such reviews we have seen show a clear and sometimes enthusiastic approval for the Watch.  Early testers said — “It’s goes beyond my expectations…”  “It makes me want to wear a watch again.”  “It takes a bit to get used to it but once you get over the learning curve, it’s incredible.”  But what is really driving this Apple Watch demand?  See our Eight Reasons Why.
Advertisements

Eight reasons why Apple Watch will be successful

How will fans love thee?  Let us count the ways. 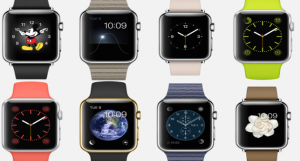 Am I going to get the Watch?  Yes.  When?  Not sure.  I have gleaned myself from the frenzied rush to stand in line for hours or dial 17 times to reach an Apple order taker after the clock strikes Midnight.  I’m older now…and besides I have learned that, like with the Watch, I don’t really need it.  I want it.  And yes, it’s my destiny.

After years of indecisiveness, bad reviews, bad performance, and a frustrated management cycle, Microsoft finally pulled the plug on their former stalwart brand — Internet Explorer.  Ask yourself:  Just how many times have you hit the ‘Explorer’ icon in your digital lifetime?

First released in the mid-1990s, it dominated the browser market at its peak in the early 2000s, but it came to be associated with poor security and compatibility with other browsers and has since languished.  The new browser project is named Spartan, and whether that is the brand they finally end up with (they are non committal on this brand selection), it will have a lot to overcome.
Google’s Chrome has dominated the PC browser business — a market in which Microsoft use to control. According to StatCounter in February 2015, Chrome held 43.2 percent of the global browser market including desktop, mobile, and other platforms, while IE captured just 13.1 percent — FireFox had 11.6 percent.
According to AdWeek’s Kristina Monllos, the IE brand is so tainted with poor performance, especially in the mid-2000s, that they will have a lot to overcome.  What some analysts quickly pointed out….to get users to switch back to IE, you are asking them to switch their daily habits, and that’s hard to do, especially if there is a bad taste in their mouths.  IE has left a bad taste for some time.
IE still controls 25% of the desktop market, so it’s not going to disappear — but it will take some very creative and effective marketing to get users to switch back to Microsoft’s new brand, whatever it is.
Not everyone is happy about IE going away….a gal in the Midwest who runs two small businesses is ‘sad to see it go.’ when interviewed by NPR.  She is beginning her mourning process, and “I’m thinking of a good martini — with anchovy olives — that will be appropriate.”
— RJL